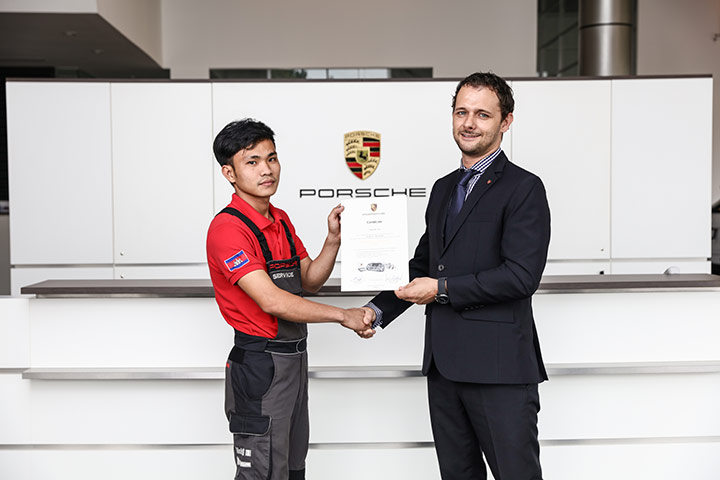 On March 11th, the Porsche Center Phnom Penh celebrates its one year anniversary with a lavish event, during which the car maker’s latest 911 model will be unveiled for the first time in the Kingdom. The iconic brand has officially opened its doors in February 2015, completing the range of German premium car brands now available from official dealerships in Cambodia.

The Porsche Centre Phnom Penh has also been certified for reaching 100% of the Global Porsche Service Dealer Standards during a review in November 2015 – full compliance to international Porsche processes and standards has been achieved only 9 months after the official opening of the Porsche center in Phnom Penh in February 2015.

At the same time, Vannath Sok became the first certified Porsche technician under Porsche’s Global Certification Technician Program. 2 more technicians are scheduled to be certified within 2016 while Vannath will move on to the next level of expertise.