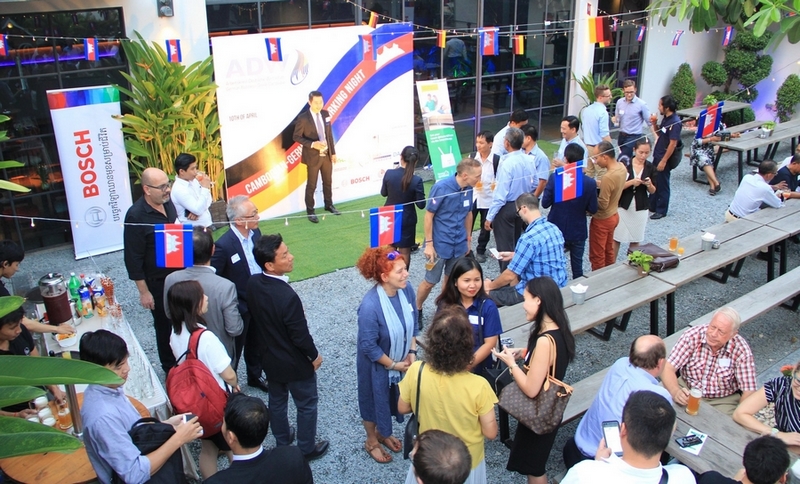 For the first time, the German Business Group ADW brought German brands, businesses, organizations and the German Embassy together with Cambodians who ever lived, worked, or studied in Germany.

According to Tassilo Brinzer, the president of the German Business Group, the event was a complete success due to the strong fundament of interpersonal relations both nations had established for decades. “Over one thousand Cambodians have studied or learned crafts in the 1980’s and 1990’s in Germany, either in the eastern part or in the unified Germany since 1990. Until today, many Cambodians have studied or are studying at German universities, in particular in the medical field, but also in economics, healthcare, education and many other areas. For example, the country’s best dermatologists studied in Münster; dental experts also often learned their craft in Germany; many experts in the government travelled to Germany to further their knowledge and expertise in administration and management.

It was our idea to meet them, to extend our partnership and present them to the business community here, hoping to expand everyone’s network and to cooperate more closely with this small but exquisite community”, Brinzer said.

The German Embassy likewise supported the event. “We regularly meet the German business community here, and of course we have a good exchange with many Cambodians with a “German connection”, many of which are today working in government or in public and private institutions”, says Dr. Ingo Karsten, the German Ambassador to Cambodia. “It was interesting to see so many attend and we will further improve our network here in Cambodia. There were many interesting people to meet”, he said.