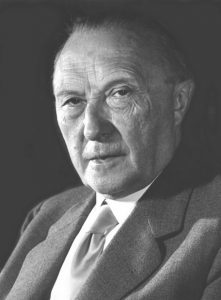 When people from all over the world try to explain Germany’s economic success, a majority of them likely point to high quality standards of most products or to efficiency, thoroughness, and detail-orientation of its engineers. Rather unknown abroad, the structural organization of the German economy plays an important part in the country’s social and economic success story. The concept of the “Social Market Economy” can be defined as a third way alongside capitalism and socialism. Konrad Adenauer Stiftung (KAS), a political foundation named after Germany’s first chancellor after World War II, has been promoting this approach for several decades in numerous countries worldwide.

First of all, I would like to emphasize that the social market economy like it has developed in Germany is not a universally applicable approach to all countries worldwide. Moreover, the social market economy can be seen as a governance model consisting of a multiplicity of laws, regulations and strategies, enforced and implemented by a set of state and non-state institutions, which are deeply related to the German history and culture. Its development has literally started on a construction site as many cities of Germany had been destroyed after World War II. Then new parts have been added and the vision of more prosperity for all and social justice has taken shape. This has taken place against the backdrop of key guiding principles for institution building and legal development. By contrast to the specific historical and cultural circumstances in Germany, the guiding principles such as setting up a well-functioning legal framework, safeguarding property ownership, seeking high employment rates, liability, sustainability, stability, solidarity and open markets are worldwide applicable and adaptable to different regime types. Especially in times of global financial and economic crisis as well as increasing economic and political interconnectedness, following these principles can lead to more stability, less social tensions and inviolability of human dignity.

But to better understand the concept of social market economy, it is worth to cast a backward glance at the origins and historical setting of the social market economy in Germany. In the 1920s and 30s, the concept had been already developed by a network of European scholars and politicians, among them Louis Rouger, Wilhelm Röpke, Jacques Rueff and Luigi Einaudi, in order to avoid and mitigate the catastrophic effects of totalitarianism and the ongoing emergence of monopolies and oligopolies in Europe. The pioneers were convinced that state interventionism, protectionism, collectivistic central planning and the destruction of a stable monetary system lead to crisis and war ─ as history has proven right. The conclusions from World War II and extensive mismanagement had been drawn by the first chancellor Konrad Adenauer and his Minister of Finance Ludwig Erhard, often famed for the German Wirtschaftswunder and the introduction of the Social Market Economy. They were convinced of creating a third way beyond communist and liberal values by adding social policies to liberal markets. This endeavor has led to a harmony between socialist and liberal values expressed in a system, which upholds dignity, well-being, self-determination, freedom and responsibility of the individual. Taking this as a starting point, the social market economy in Germany has developed step by step and has been influenced by diverse prominent politicians, scholars and parties until today.

As already mentioned, there is a variety of components of the social market economy in Germany. I will mainly focus in this article on the following three aspects:

As already stated by Greek philosophers, among them Aristotle, the right of private ownership, self-employment and self-responsibility form an important part of market economies. Nevertheless, these rights should be flanked by a regulatory framework safeguarding a rules-based competition in order to avoid monopolies. Here we assume that private ownership leads to creativity, own initiatives and the personal development of capabilities. Consequently interdependencies, responsibility and liability must be cultivated in an environment of fair competition. Unfair practices and monopolies can lead to undemocratic power structures, social tensions and exploitation of societal groups. This means that competition should be embedded in the country-specific morality and value systems, which undergoes a permanent development and can be mirrored in legal texts. For instance, article 14 of the German Basic Law states in paragraph 1 that property and the right of inheritance shall be guaranteed and in paragraph 2 that property shall also serve the common good and entails obligations. If this is given, competition can unfold its functions of signaling, steering, motivating and monitoring the economic activities of a multitude of private owners of small and medium-sized enterprises. They are liable for their economic activities through their personal property.

Besides private ownership and rules-based competition, moderate growth and high employment rates play a central role in the social market economy model. Both concepts are inextricably linked, whereby the latter contributes to the prosperity of all and takes into account the self-worth of individuals, the human dignity and individual security. The government of Germany is legally obliged to work towards high employment rates and maintains state agencies to support people entering or reentering the labor market. If entered successfully into the labor market, a performance-oriented system of taxation is applied in order to safeguard social peace and an appropriate participation level. Besides high employment rates the economic system needs to steady and moderately grow. This is a prerequisite for economic and political freedom. However, growth should not be understood as the simple production of more and more goods and services. Moderate and sustainable growth goes beyond. Three elements are relevant in this regard. First, the drivers of growth should be socially responsible and respect the physical limits of human beings. Growth at the expense of inhumane working conditions as long working hours and low salaries are not part of the social market economy. Second, environmental aspects should be carefully considered. Overexploitation, pollution and waste as well as many other environmental harmful practices will be step by step reduced. For instance, in Germany mayor investments has been made over the last decades in nature conversation to reforest, to protect endangered species and to clean lakes, rivers and oceans as well as to correct impacts of misguided agriculture policies. Third, the economic structure itself should be balanced. This means that focusing on a few baskets of products or services may lead to vulnerability to crisis. Whereby diversity and a variety of products and services may increase employment rates and decrease dependencies.

Finally, I would like to point out the relevance of fair distribution of income and wealth. There is a bunch of empirical evidence showing that unfair distribution of income and wealth leads to social tensions. Cases in point are the decline of absolute monarchies, the end of the German Democratic Republic, but also more recently phenomena like the occupy movement. The distribution of income in Germany is linked to the factors performance and need. As Ludwig Erhard, German chancellor from 1963 to 1966, stated, everyone should get the possibility to directly or indirectly participate in the production. If you can participate, salaries and social insurances have to be fairly distributed. If you cannot participate, the state must guarantee a minimum set of mechanisms that individuals can still live in dignity. As Germany is a cooperative market system, salaries, minimum wages are negotiated between trade unions and management. At best that leads to compromises and consensus. In case that an individual does not directly participate, the German state provides unemployment benefits, housing benefits and reintegration support. The social security contributions are incorporated in the gross income calculation and thus embedded in the German wage structure and calculated by percentage based on the individual income.

The three components do not fully describe the comprehensive German Social Market Economy. But they illuminate key aspects and prerequisites for long-run success. The legal framework, moderate growth and social distribution mechanisms have along with high engineering skills, the German apprenticeship model and lifelong education opportunities as well as additional factors led to the stable and successful German governance model, we can observe these days. The Social Market Economy is an integral part of how Germans organize their economy and social policies and even if the institutional setting is not transferable, the principles and ideas of combining markets with social policies are applicable worldwide. They can lead to less political and economic tensions, fairer distribution of wealth, the reduction of poverty and the improvement of social infrastructure.

Further detailed information about the social market economy can be found under: