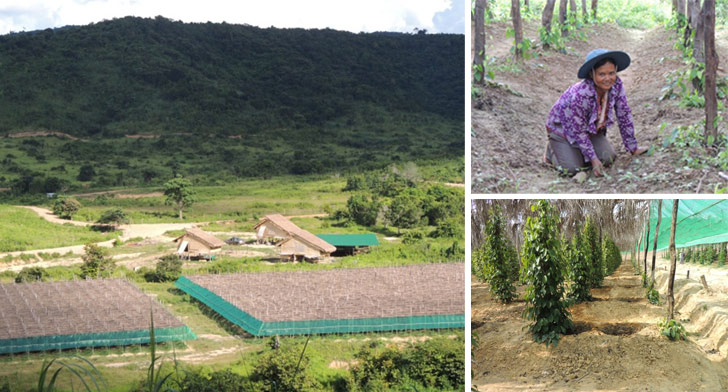 In January 2016, a development partnership was launched between the German Federal Ministry of Economic Cooperation and Development (BMZ) and ‘The Pepper Hill’, an organic farm in the Southern Cambodian region of Kampot that cultivates the region’s traditional spice, pepper. The promotion of the organic cultivation of pepper is intended to boost development in Kampot.

A training program for the farmers of the region and the certification of the organic cultivation of pepper has convinced the jury of the ‘ideas competition’ ‘develoPPP’ (PPP standing for Public Private Partnerships). ‘DeveloPPP’ is a programme of the BMZ through which the German Federal Government promotes the engagement of the private sector in areas where entrepreneurial opportunities meet the needs for development cooperation.

GIZ (German International Cooperation) has been commissioned by the BMZ to provide advice for the development partnership.