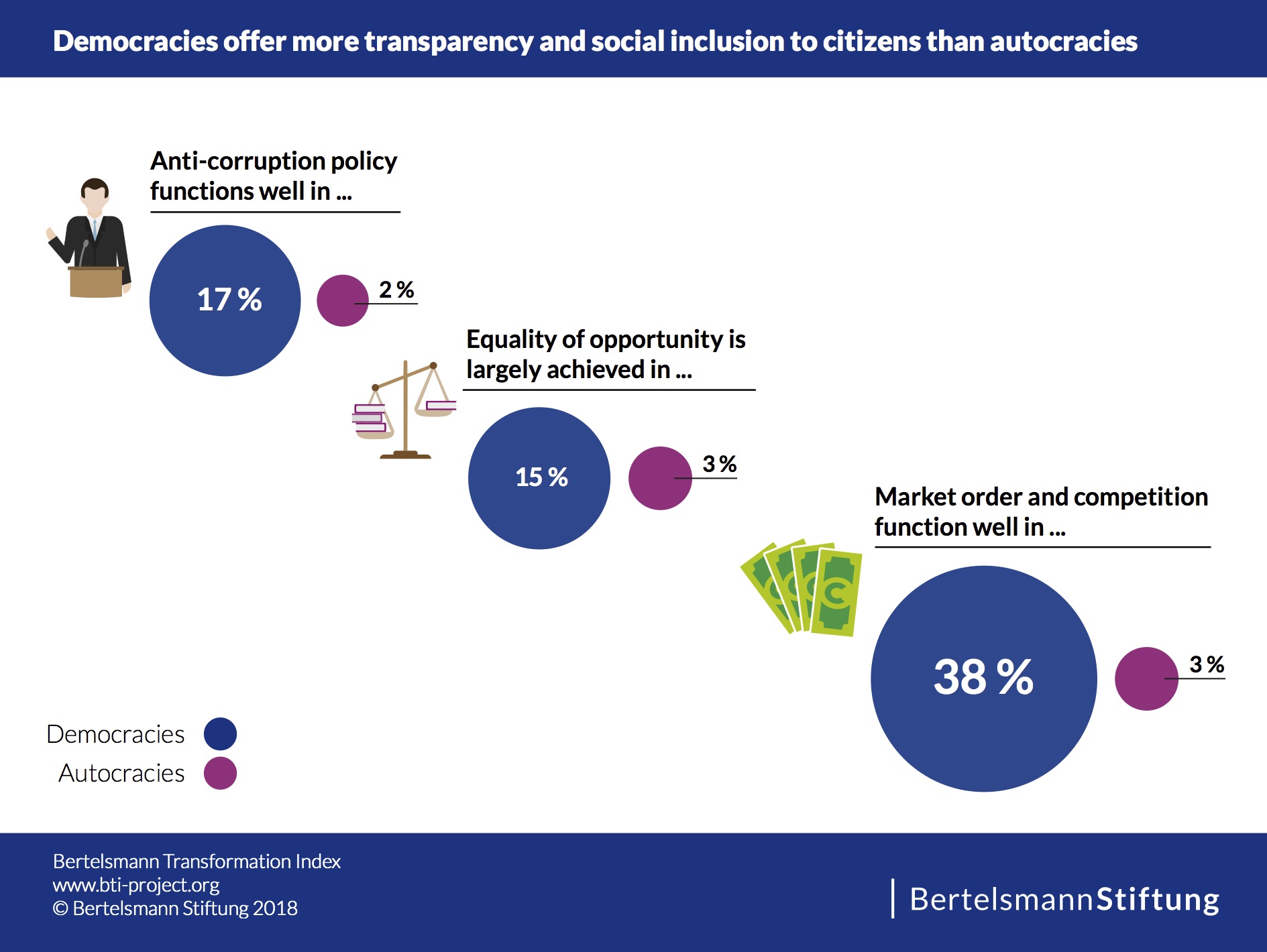 Shrinking spaces for opposition politicians and civil society organizations along with persistent economic reform bottlenecks and some declines in government performance caused a downgrade of Cambodia in the most extensive comparative global transition survey published by a German foundation on March 22nd. While Cambodia improved in just one indicator (“output strength”) in the Bertelsmann Stiftung’s Transformation Index (BTI), it worsened in eleven out of 49 in total.

“Cambodia belongs to the world’s hard autocracies with a negative trend for years”, said Dr Markus Karbaum, author of the Cambodian chapter. “This also impacts the economic development that still appears to be a success story on the surface. However, as long as there are fundamental dysfunctions within Cambodia’s market economy, the growth will not be sustainable beyond heavy foreign assistance.”

Cambodia is not a unique case as there is a general trend of authoritarianization throughout the world. The BTI 2018 reveals that quality of democracy, market-economic systems and governance in developing and transformation countries has fallen to its lowest level in 15 years. Findings for the BTI 2018 depict a world of increasing political instability and a rapid decline in the acceptance of democratic institutions. Despite their general performance advantage over autocracies, democracies – which offer more transparency and social inclusion to citizens than autocracies – come more and more under pressure as polarization and repression are increasing world-wide.

The BTI analyzes and evaluates the quality of democracy, a market economy and political management in 129 developing and transition countries. It measures successes and setbacks on the path toward a democracy based on the rule of law and a socially responsible market economy. In-depth country reports provide the basis for assessing the state of transformation and persistent challenges, and to evaluate the ability of policymakers to carry out consistent and targeted reforms. Biannually published since 2006, the BTI is the only cross-national comparative index that uses self-collected data to comprehensively measure the quality of governance during processes of transition. The BTI 2018 ranks the countries according to their quality of democracy, market economy and governance performance as of January 31st, 2017.