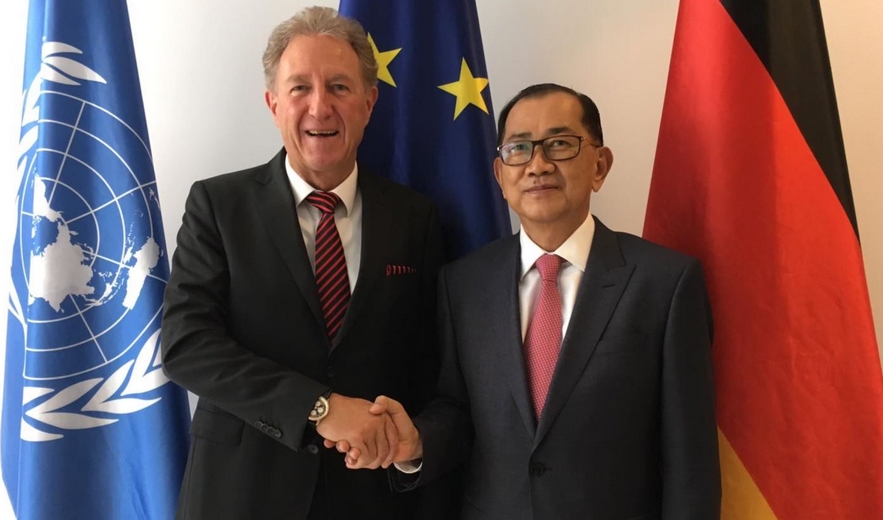 On May 14th, the German government announced that following negotiations with Cambodian officials it has decided to approve a package of $34 million in loans and $32 million in grants to develop rural infrastructure and reduce poverty.

The German embassy in Phnom Penh said its $34 million in loans would be part of a rural infrastructure development project with France and the European Union, who would bring the total amount to some $90 million in loans. The German funding through loans and grants will go to supporting a World Bank multi-donor trust fund to support the implementation of a Social Accountability Framework, an Identification of Poor Households Program, Social Health Protection, Rural Infrastructure Program, and a Regional Economic Development Program and a Study and Expert Fund.

The delegations were led by Norbert Barthle, Parliamentary Secretary of State with the German Federal Minister for Economic Cooperation and Development, and Chhieng Yanara, Minister attached to Prime Minister Hun Sen who met in Berlin, Germany, earlier in May. The negotiations also included Cambodia’s democratic backsliding and deterioration in human rights that can cause the loss of duty-free EU market access for its garment sector and other export industries under the union’s Everything But Arms (EBA) scheme.