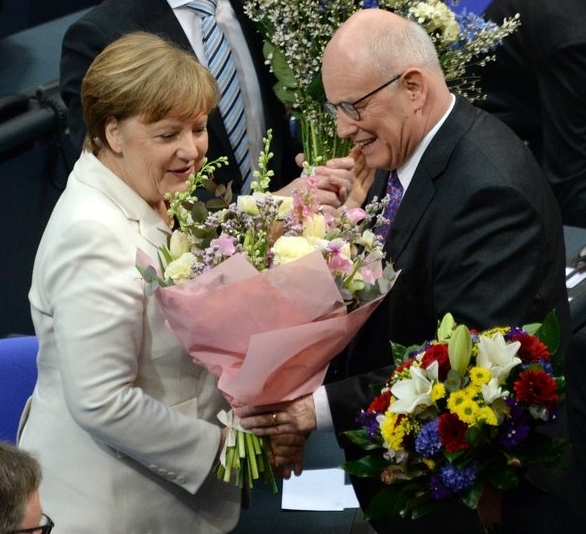 Almost six months after general elections, Germany gets a new government. On March 14th, the majority of 709 members of parliament – the “Bundestag” – voted in for Angela Merkel’s fourth term as head of government. She will lead a coalition government consisting of Germany’s strongest political factions CDU/CSU (Christian Democrats) and SPD (Social Democrats) which also formed the last administration.

Since September 2017, Germany witnessed the longest power hiatus in the country’s postwar history due to challenging coalition negotiations. The final agreement was made in February, consisting of numerous policy objectives until 2021. In particular the coalition agreement states that

• Germany wants to work closely with France to protect the Eurozone from global crises
• the number of asylum-seekers taken in altogether is to be capped at between 180,000 and 220,000 per year
• every part of the country provides gigabit internet speed by 2025 and that a right to “fast internet” is to be guaranteed by the constitution within the next four years.

On Wednesday, Angela Merkel received 364 out of 709 votes in the first round of voting – 11 more than required to gain an absolute majority, but also 35 fewer than if all the members of her next governing coalition had cast their ballot in her favor. Merkel’s Christian Democrats and the Social Democrats have a total of 399 votes in the lower house of parliament.