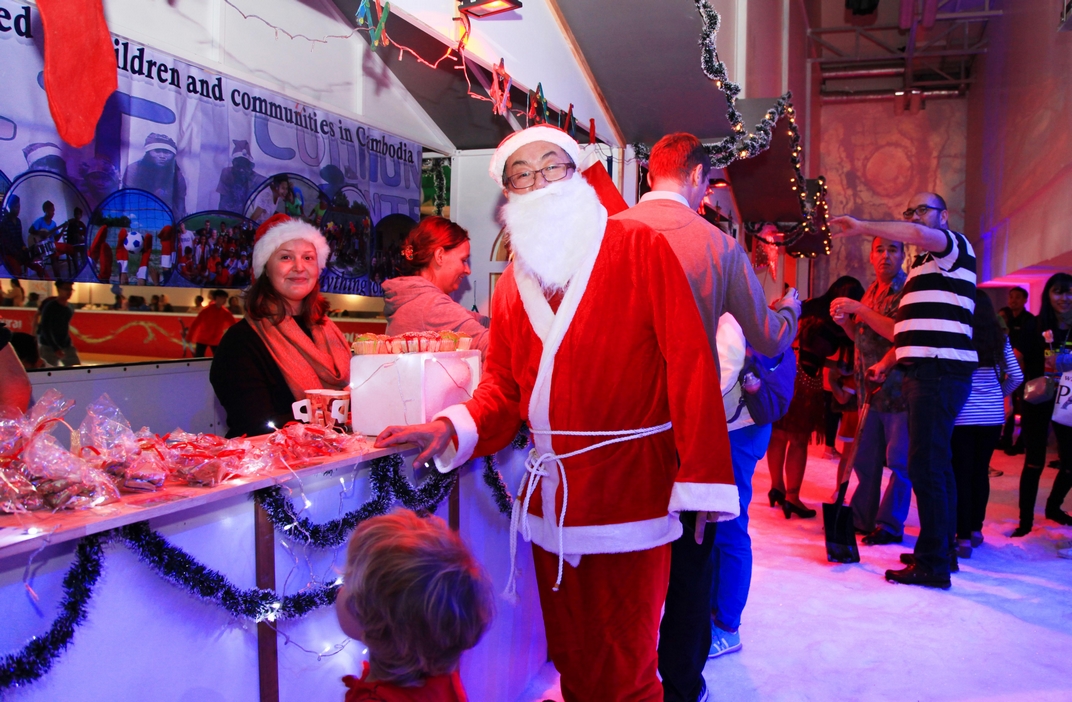 The Advent is the typical time when Germans gather at traditional Christmas fairs in almost every city and town in their home country. For the first time, the German Business Group together with several NGOs invited to a smaller version of such a Christmas fair to the Ice Park Cambodia at Aeon Mall – with an original Christmas tree which was directly brought from Germany, some culinary delights and a lot of real snow.

Especially the stylish Ice Bar became a popular scene for selfies. Further points of interests were the traditional wooden stalls in which visitors could enjoy authentic German cuisine and some typical hot drinks. Children were lucky to meet more than only one model of Santa Claus, at least not at the same time. To complete the unique setting, the Ice Park also provided a considerable volume of snow which most Cambodians who joined the Christmas fair experienced the very first time of their life.

As Christmas season is the most prominent time for charity, all proceeds go towards the Ice Park’s scholarship program for children and the COLT Community Center. Therefore, the German Business Groups thanks all volunteers and the sponsors who made this event became a success: