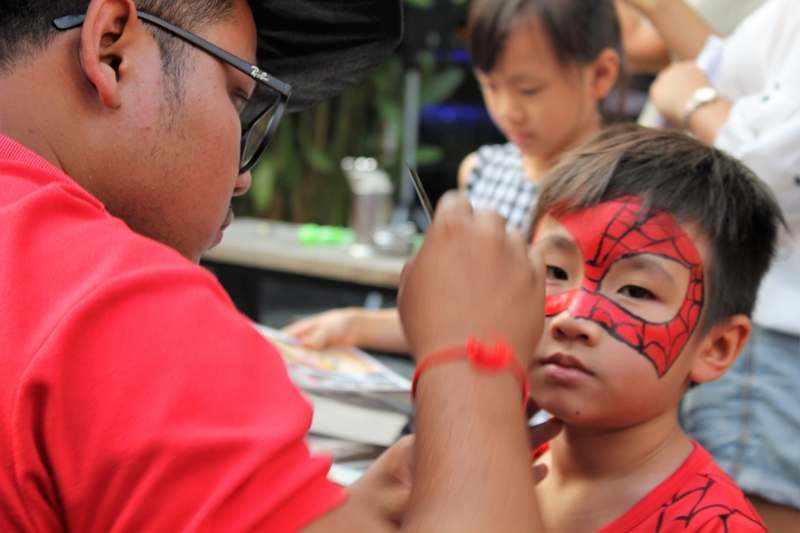 The German brew master Bernd had prepared 500 liters of the traditional Kölsch beer from Rhineland – a region in Western Germany – and he proofed convincingly that he knows his craft from Cologne, the stronghold of German carnival. And those five hectoliters were urgently needed as the German and Cambodian party folks joint the happening with enthusiasm.

The roots of carnival are manifold and most of them still play a role in today’s activities. In Europe where carnival has its seeds in, it marks the end of the winter season and is supposed to be the last party before the beginning of the fast season that later culminates in Easter. Carnival as it is called in the Rhineland (other German regions call it Fastnacht or Fasching) is also a time when everything is turned upside down. Ordinary people usually make a mock of authorities and other dignitaries including high-ranking politicians while they claim being king or queen themselves. The clown and the fool are respected carnival figures who hold up a mirror to the rulers.

Hops staff did an amazing job and had nicely prepared children’s entertainment such as face painting and clown’s shows. Their parents meanwhile took pleasure not only in typical food such as pretzel, bratwurst and potato fritters with apple sauce, but also in the funny dance procession around the tables that is only approximately described with the word polonaise.

All in all, the first Carnival party proofed to be great fun for children and adults. To be continued in 2019!